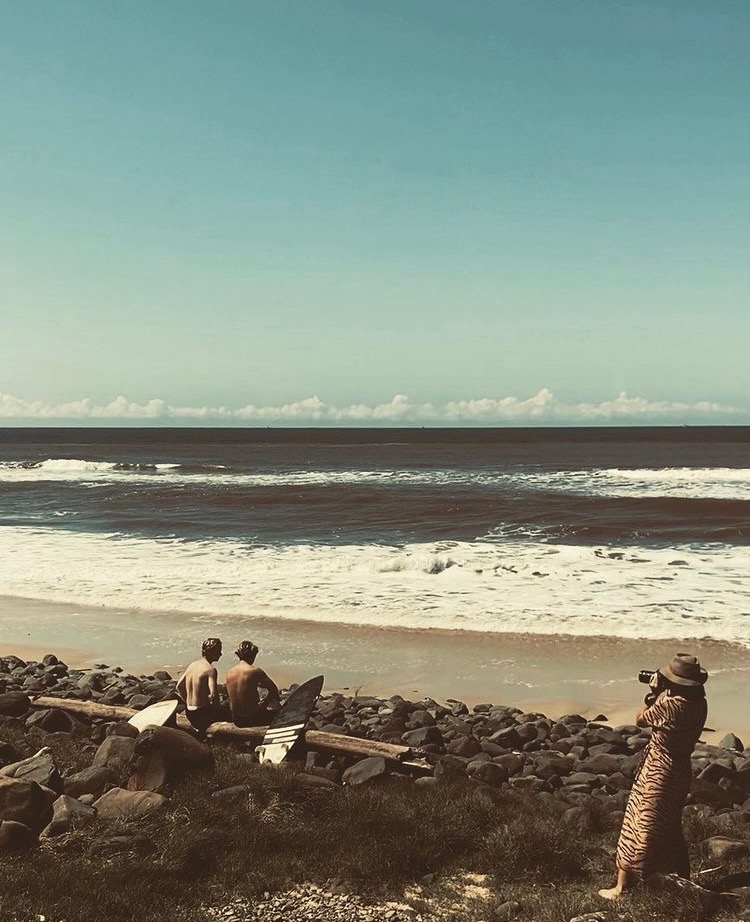 Bangalow’s Simon Field reflects on the regional arts and theatre as Northern Rivers creatives pivot, adapt and test their resilience once more in face of natural disaster and brutal budget cuts.

It is day six after the devastating flood, the audition space for Byron Casting’s latest production is urgently moved to make way for the amazing crew organising emergency food supplies at the Moller Pavilion. The rain continues its droll rhythm, the lingering storm threatens, the casting panel awaits. Having washed off their volunteer’s mud, Anouska Gammon and Bobbie Field from Byron Casting wistfully glance at the open door wondering ‘why are we here, will anyone come?’

Months earlier, Anouska and Bobbie yet again rolled their creative dice with a dream to bring a powerful Australian drama to our region and create opportunity for local youth to tread the boards at the wonderful Rochdale Theatre in Lismore.

Facing the daunting unknowns of curating live performance is familiar territory for this determined duo. Byron Castings original short film “Selected” written and acted by 18 local teens just premiered at the Bangalow Film Festival. They were also integral in Bangalow Theatre Company’s lauded production of RENT which precariously navigated COVID lockdowns to deliver a blockbuster of a show to a packed Bangalow A&I Hall.

Those nights of intense music and dazzling performance felt a world away as the flood levy burst and the cruel dark waters consumed the land. Anouska and Bobbie, like many in our wonderful community, joined the army of volunteers. As the days blurred and the magnitude of the devastation unfolded it became clear their dreams for a show were also being washed away.

Fate though had other plans. With no stable phone or internet, there was no sure way to cancel auditions and so the pair patiently waited to audition any actor who braved the elements.

Gentle footsteps brought a fresh melody to the Scout Hall, a young barefoot actor gracefully enters the audition dressed in his Sunday best, he smiles a warm greeting then humbly apologises for his lack of shoes. He shares his dramatic story of waking at 2am and having a few desperate minutes to escape the rising water by climbing into the roof cavity. He had lost his home and his possessions, yet in the days that followed this opportunity to perform became a beacon of hope. He borrowed clothes from his grandfather, washed the mud from his skin, and rehearsed his lines. (Yes, he got the part).

Slowly, more and more actors from across our region arrived to audition, sharing stories of loss, survival, kindness and courage. As Anouska and Bobbie embraced these events it reignited their dream and affirmed their commitment to give these brave and talented actors a stage in which to share their craft. Having helped to clean and restore the physical effects of the floods, the pair seized the opportunity to support the emotional wellbeing of our community.

Live performance is an intrinsic part of our humanity and provides freedom to explore complex issues and create meaningful conversations. A Property of the Clan was written by Nick Enright in the early ‘90s and has become an important and powerful piece of Australian theatre exploring deep cultural issues of Australian masculinity and misogyny.

“I have always wanted to direct this play. I am a huge fan of Australian theatre, especially pieces that hold a mirror up to society and make us question our ways. This piece is confronting and raw, and its main themes are very prevalent today,” says Anouska.

According to an analysis by Ernst & Young, COVID lockdown’s caused a 72% decline in revenue for theatres across Australia, and just last month the Federal government significantly reduced its financial support of creatives, with regional arts funding is set to fall from $18 million in 2021-22 to $7.5 million in 2022-23.

There has never been a more important time than now to support our wonderful local performers, artists, and musicians.  As our youth bravely navigate these turbulent years, performing arts offers them an amazing avenue to find safe passage, to grow as a person, and to share incredible stories with our community.

“We were planning for a cast of 10. However, we were so impressed by the talent of these young actors, and how brave and prepared they were we now have a cast of 20, with 17 of those being teenagers. It’s pretty powerful stuff seeing them so engaged, finding meaning in the words and bringing the script to life,” says Anouska.

The hard work of pre-production and rehearsal is underway, the excitement of possibility is building and these local businesses have ensured the theatre doors will be open. But there is no show without you.

“The last couple of years have been incredibly tough for our youth. Witnessing them turn up to rehearsals, connecting with their peers and doing what they love is just what they need. I feel honoured to be facilitating this opportunity with such great actors,” says producer Bobbie Field.

A Property of the Clan is produced by Byron Casting and will be performed at the Rochdale Theatre, Lismore 20-28 May.

Tickets are on sale at: byroncasting.com