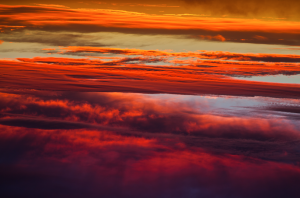 What ways have 2479 residents found to offset their carbon emissions and the impact of climate change? Christobel Munson finds out more about our grassroots efforts to save the planet.

While ‘Rome’ burns – and final COP26 results are far from encouraging – we need to look at what’s happening locally. We’ve all heard about the many ways to reduce our emissions individually. For example, we can reduce our use of fossil fuels such as electricity. We can plant trees, recycle, eat less meat, consume less, go solar. It doesn’t matter how old or fit you are, how poor or wealthy you are – everyone can do something to make a difference. A call-out to our community attracted these responses.

The young and nimble

Let’s start with the generation that’s really going to have to deal with the consequences of the failings of countless governments to take serious action. Greta Thunberg put in words what many thought about COP26. “Here’s a brief summary: Blah, blah, blah.”

Locally, the kids of Byron Shire’s Spaghetti Circus were inspired by climate change protests around the world, so they devised an action-packed stage show they call Bails of Hey! “The sea is rising and so are we!” say the troupe’s teenage performers. Opening through NORPA at Lismore City Hall 10-11 December, it’s described as: “A middle finger response by teenagers to being ignored and looked down on by politicians, media and the adult world.” The show includes “acrobatics, aerials, teeterboard and fun.”

First performed at a climate change protest in Byron Bay in 2019, Bails of Hey! has since been transformed by director and international circus performer DJ Garner, and the Circus troupe. “These kids are inspiring,” says DJ. “Creating any show is a constant game of problems and solutions. The energy they have put into this production is exactly what will help change the world. And why should saving the world be boring?”

Says performer Ellen, “We’re angry about the world we are inheriting, but we’re powerful, we’re hopeful, and we work together to create beauty and change.” From Possum Creek, another performer, 13-year-old Alaria, is “excited to bring this important issue to the community, in an engaging and entertaining way”.

Don’t feel helpless: do something

I am sure there are a lot of people, like myself, who feel rather helpless when it comes to our climate and how it is changing. I am taking tiny steps in the hope that every little helps. I talk to my grandchildren about how important it is to care for the life and world around us. To plant as many plants and trees as possible and respect all kinds of life – flora and fauna. My recycle bin is well used, and I think more than once before throwing something away and updating, whether it be a spoon or a new kitchen. I pick up litter when I see it (despite the yuck factor due to COVID) and dispose of it properly. I try to minimise energy use and hope to be able to afford an electric car one day. I have solar but not enough yet. It doesn’t seem much, I know, but a little can go a long way, and I think it is catching on!

Minimising, growing her own

I have to say working from home, and living next door to my practice, cuts down on motor vehicle use enormously. I usually only go out three times a week for exercise at the gym, and I can carpool on a couple of those days.

I get a box of organic veggies every week, which I pick up from the same place, a friend’s gym. I also grow a lot of my own produce, and I use the farmers market whenever I can.

I love being able to walk to town to access groceries, news and books, health and medical. I’m aware I’m in a very fortunate position!

I’ve just had a new Colorbond roof installed in a whitish shade called Surfmist. I had them put in lots of insulation, I think it’s called Rockwool. It looks like sheep’s fleece. I knew it needed doing, so I held off on the solar panels. The clinic roof is next, then solar!

Our group has planted many thousands of native trees along our creeks and in our parks since it began in 1998. A quick check from our records found the following.

Planted around the Sports Fields: we estimate to be about 4,500 native trees and shrubs, plus ongoing planting.

We think we’ve planted approximately 20,000 trees and shrubs all up.

It should also be pointed out that the plantings benefit platypus, and provide habitat for reptiles, birds and other native animals.

As our climate mitigation project, we are working on restoring the area along the railway behind the Moller Pavilion into rainforest. My partner started on one side 20 years ago, and I started on the other side last year. It would be great to encourage other people with degraded land around them to try and replant it. 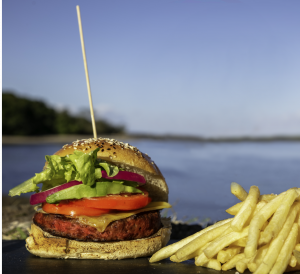 With the COP26 conference in Glasgow wrapping up recently, there was much talk about the need to transition away from fossil fuels and encourage electric cars and other low-emission transport, but remarkably little about the need to change our diet – despite the fact that our food contributes some 26 percent of all greenhouse gas emissions, much of it in the form of methane from animal farming. Methane has between 25-100 times the global heating impact of CO2, so reducing meat consumption is a very effective way to reduce our individual carbon footprints. In fact, just switching to a plant-based diet can save some 50 percent of the total emissions from our food!

However, for many of us, giving up meat is a challenge, understandably so. And preparing tasty and nutritionally balanced vegan or plant-based meals can be both expensive and a challenge to the inexperienced.

As my contribution to this problem, I founded Big Owl Foods, to exclusively produce affordable plant-based meals and products that would appeal to meat-eaters and vegans or vegetarians alike. Last year we launched the Byron Bay Burger, a “plant-based meat” product that we describe as “the meatiest meatless burger you’ve ever tasted!” This has won rave reviews and can be found in supermarkets, cafes, restaurants and burger bars up and down the coast.

We’re excited that we’re in the process of launching it into Sydney, with Melbourne hopefully not far behind. I calculate that one day’s production of the Byron Bay Burger from our small unit in Byron can save about two cows’ worth of greenhouse gas emissions. That may not be much in the global scheme of things, but it’s the same as a single car driving 41,000 km!