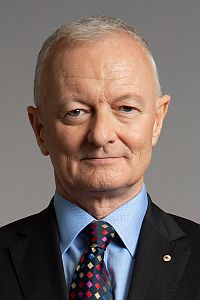 With our rescheduled council elections just around the corner, The Bangalow Herald’s Sue Franklin chats with the ABC’s Chief Election Analyst Antony Green about ballot papers, how to vote, and what preferences are all about.

Why are council elections important?

Local government is often dismissed as nothing but roads, rates and rubbish, but it can have a significant say over the local amenity of communities. Local government elections give residents a say over who makes decisions about the local area. Some might say what’s the point when all the important decision are made by state government. But there is room for local councils to make decisions within a broader state framework. An elected council with local support is also useful when it comes to a fight with state government.

How to Vote in the Mayoral Election

When you turn up to vote in Byron Shire, you will be given two ballot papers. One is to elect a Mayor, the second to elect eight councillors by proportional representation. It is a bit like a state election when you vote for both a local representative and for the Legislative Council.

The Mayor is elected in the same way as a state lower house seat, by optional preferential voting. You put the number ‘1’ next to candidate you most want to see elected. Further preferences are optional, but you can put the numbers ‘2’, ‘3’ and so on next to your next preferred candidates.

The more preferences you complete, the more likely your vote will stay ‘live’ in the count if your first choice candidates are excluded. If the leading candidate does not reach 50% of the vote, the lowest polling candidate is excluded and their ballot papers transferred as preferences to candidates remaining in the count. Preferences transfers are determined by the numbers that voters write on their ballot papers. The process of exclusion and transfer continues until one candidate has 50% of the votes remaining in the count. So filling in more than ‘1’ matters, as does the sequence of your numbers as that will decide where your vote ends up.

Concentrate on how you vote, not how the votes are counted.

The Council ballot paper is similar to the one used for the state Legislative Council and Federal Senate. The ballot paper is divided by a horizontal black line. ‘Above the line’ you can vote for groups and parties, and ‘below the line’ you can vote for individual candidates. It is important that you choose one of the two options. If you cross the black line with a sequence of preferences, you risk having you vote made informal.

How to Vote ‘Above the line’

By voting above the line, you give up the opportunity to re-order a party’s candidates, or to pick and choose between the candidates of different parties. If the choice of individual candidate is not important to you, then voting above the line is quicker and easier and still leaves you in full control of preferences between groups and parties.

How to Vote ‘Below the Line’

Below the line you must complete a minimum of preferences equal to half the number of seats to be filled for your vote to count. The number will be printed on the ballot paper and is four for Byron Shire. You must mark as a minimum ‘1’, ‘2’, ‘3’, ‘4’ for your vote to be formal.  Then you can continue to number ‘5’, ‘6’ and so on for as many candidates as you want. The more preferences you complete, the more likely your vote will stay live in the count.

You can choose to number the candidate from any column in any order you like, but you must stay below the line and vote for candidates.

Concentrate on How you Vote, not how the votes are counted

The best way to vote is to number the candidates (below the line) or groups (above the line) in the order you would like to see them elected. If you follow this simple rule, your vote will always flow to your next preferred group/candidate if your first choice is excluded or has votes that are surplus to quota.

The simple rule is to concentrate on determining the order you would like to see candidates elected, and the counting system will follow your instructions as set out in your preferences. And always number as many preferences as you can. If your vote ‘exhausts’ its preferences while there are still vacancies to fill, then it will play no part in deciding who wins the final seats.

How the Council Votes are Counted

The counting system is complex and understanding it doesn’t really help you decide who to vote for.

Members are elected by proportional representation. With eight vacancies to fill, the quota for election is 11.1%.

The complexity is that group totals never exactly match quotas. A group with 18% elects one member from 11.1% of its vote and has 6.9% left over as surplus votes that can elect a second member. Preferences are used to determine the race between remaining candidates  with surplus votes.

At the last Byron Shire election, four of the eight Councillors were elected on the initial counts with filled quotas. Other seats were filled by the distribution of preferences.

While the count tends to get summarised into party votes, the count is still conducted as a race between candidates. As most votes are marked above the line, candidates of a group tend to be elected in the order listed by each group.

But between party preferences are entirely determined by voters, both above and below the line. And below the line votes can have a say over the order of election within a group.

Does it matter if I vote Above or Below the Line?

That’s up to you. All votes are treated exactly the same in the count. It is a matter of whether you want to pick and choose between individual candidates, or whether you are happy to accept them as listed by each group.

Why are the same names on the Mayoral and Council Ballot Papers?

Candidates can contest both elections. A candidate elected Mayor is replaced by excluding them from the Council count, which effectively elects the next candidate in the Mayor’s group. So make yourself familiar with the No. 2 candidate on the tickets where No.1 is going for Mayor.

Defeated Mayoral candidates are still eligible to be elected to council if they nominate for both elections.