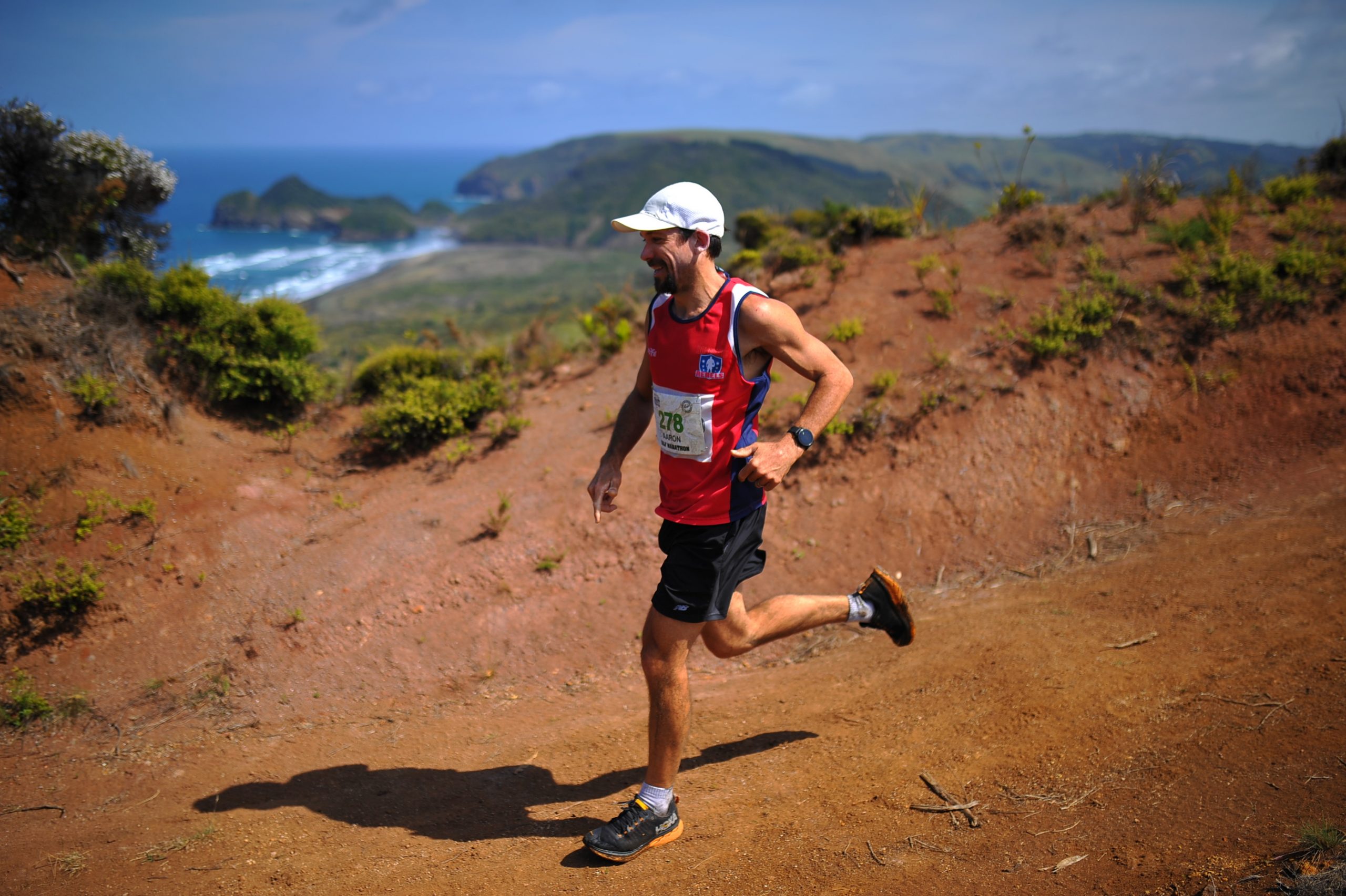 Throughout his 20 plus years as a sedentary commercial lawyer Aaron Dower always knew he felt more at peace when communing with nature.  The long hours and demands of managing a busy law firm fostered an unhealthy lifestyle.  The arrival of his two sons Charlie and Alex promoted a major change that saw the family move from city life in Auckland to the Northern Rivers.  This is a common storyline for many people who now reside in the most beautiful place on earth. What followed next is perhaps a little less common.

Initially Aaron played rugby until he was forced out of the game with an injury aged 42.  Then surfing occupied much of his spare time.  The power and beauty of the sea and close encounters with dolphins, turtles and the occasional whale sightings answered the call of the wild but he knew something was still missing.  At the end of 2019, a good friend introduced him to the world of trail ultra-marathons which range from 42 km plus in length and can last for many hours.  Aaron was not a runner, so he engaged an experienced coach, Andy Du Bois, and they set an ambitious goal to tackle in July 2020 his first 100km race in the hinterland of Port Macquarie. This is known as a particularly brutal course as it has 5,500 metres in elevation gain. Aaron crossed the finish line in 1st place in just over 16 hours setting a new course record.
Since then, he has been successful in many similar events.  His solitary weekly training run of four hours takes him deep into the rainforest of the Nightcap and Mt Jerusalem National Park and he enjoys the diversity of the flora and fauna.  Kangaroos, potoroos, koalas, birds, butterflies, snakes, and lizards are his constant companions.  Aaron feels being an ultratrail runner is as much an intellectual pursuit as a physical challenge.  He keeps up with all the scientific research into the physiology and psychology required to continue to successfully compete.

He says running is the time he carves out for himself and appreciates being in the moment with nature and with his own thoughts.  In turn this enables him to be a better husband, father, colleague, coach and friend.  He feels fortunate to have the support of his wife Madeleine, Bangalow podiatrist Moira Ryan and local myotherapist Imelda Johnston.  Aaron has a full calendar of races this year and the next.  The big challenge is The Elephant Trail Race of 100 miles later this year.  His sons are following in his footsteps and have had considerable success in their school cross country runs and athletic carnivals.
Aaron is a member of the Bangalow Runners founded by local runner Tim Woods (see breakout box). “Tim and I would love to see more locals at the weekly fun run.  If it has been a long time since you last put on a pair of joggers or if you have never run before and want to try it out, if you are young, middle aged or if you are wise and getting on in years show up and experience the delight of any activity that leaves you feeling totally engaged with life’s journey.”
Helen Johnston

This site uses Akismet to reduce spam. Learn how your comment data is processed.